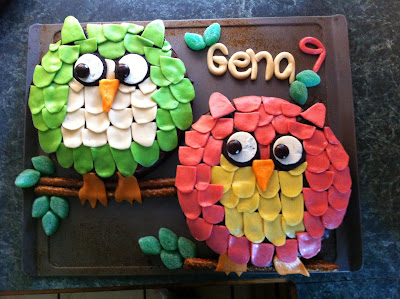 My daughter has a little obsession with owls. I don't know where she gets it from. It might have to do with all of the owl stamps, stuffed animals and other various items I've collected over the years. I do have a thing for them too. So for her 9th birthday she wanted an owl cake. I'm no stranger to fondant but i really didn't feel like mixing and coloring a batch. I couldn't get motivated. So I decided to go to the store in search of candy that would help me decorate her cake. First I had Necco wafers in mind. I couldn't find them anywhere convenient. Forget that. I mean, decorating this cake with candy is supposed to be the lazy way.  While at the store I spotted a bag of the fruit flavored Tootsie rolls. Ah Ha! That was the answer. I grabbed two bags in case I needed extras of any given color. That was a good idea. My mom had mentioned that Oreos would make great eyes, so I grabbed a pack of those, some junior mints for the pupils, and the large pretzel rods and the leaf gumdrops for accents.

When I got back I started out by smashing the Tootsie rolls between my fingers to smash them. My mom pointed out it would be faster to roll them out with a rolling pin. Yeah. I knew that. Smack forehead. Anyway the result is an oblong oval which we cut in half with kitchen sheers. As we were working I found that the candy has a tendency to melt into its neighbors so it is necessary to lay them individually on wax paper or parchment. After a few of the candies were ready to go I started laying them out on the frosted cakes. I just did 9" circle pans and chocolate frosting. The ears are stabilized with cut down parts of Oreo cookie carved into a triangle shape. the side that was left over from opening the Oreo to expose the white filling. I shaped the beak with orange tootsie roll and the feet are just trimmed with kitchen shears. If I was thinking ahead I would have covered a cake board for better presentation. But I really was feeling lazy yesterday. I used little daubs of frosting to hold the branches and leaves in place and voila! 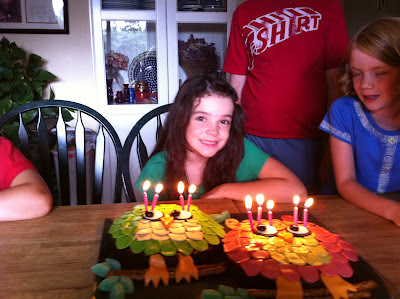 Here's a picture of the birthday girl. I'm glad that I didn't just go buy a cake . It was her idea to put the candles in like eyelashes. Super cute!
Posted by Erica Bass at 12:03 PM

brilliant, Erica. I see many owl cakes in my future!!! I'll just share this on my wall so my "cakey" friends can love it also!

I am in love with this! We'll be making a similar cake for next week's 6th grader church swim party at our house.

This is so cute Erica! I had to pin it!

Simply amazing. I love the the cake. You are very talented.

Fabulous cake! this is a amazing - and just from "candy" supplies!

All content included on my site is COPYRIGHT ©2016 Erica Bass, unless otherwise stated. Original artwork is shared for your personal inspiration and enjoyment only and may not be used for publication, submissions, or design contests. 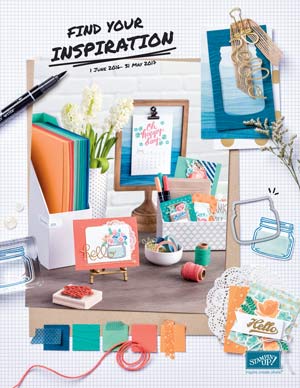 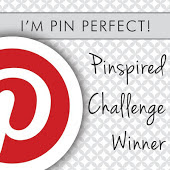